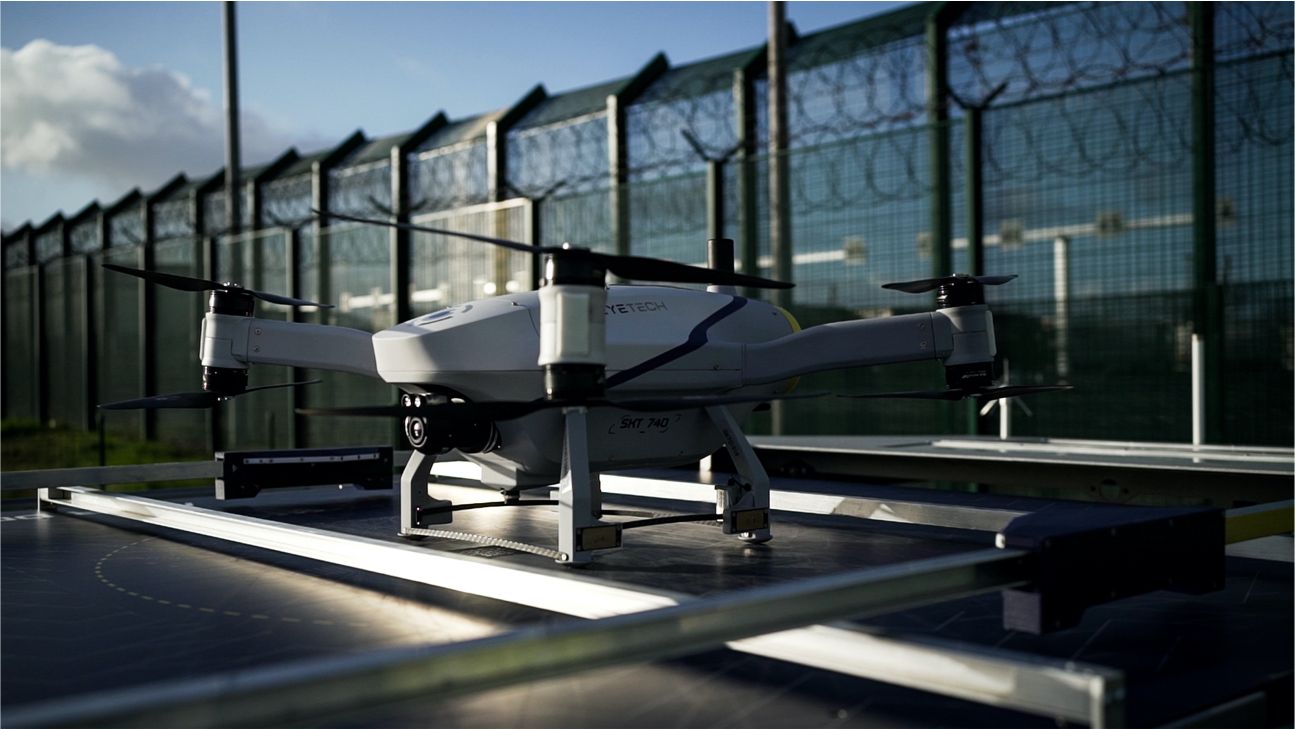 We can all imagine the advantages of a drone as a surveillance tool. Fast on site, instant large overview, camera surveillance where the subsurface does not matter, like sand, water, vegetation. And at the same time an Autonomous Surveillance Drone has a deterrent effect. During the operational deployment of a regular drone there is always a pilot and a spotter. This makes the deployment of a drone not always efficient for surveillance.

As of 1 January 2021 it will be possible to fly a drone BVLOS (Beyond Visual Line Of Sight) in the Netherlands and thus make use of an autonomous surveillance drone. As of this date, Bavak supplies the SKEYETECH drone as a solution.

When a large perimeter needs to be secured, a CCTV system is often an integral part of it. This is because a CCTV system was until now the best solution for observing a large area. Until now.

Eyes in the sky

This is because drone technology has made a significant advance in recent years and it is now possible to fly an 'autonomous' drone to observe a perimeter in a safe way. The possibilities of using a drone to approach the visual security are great. For example, the drone can travel a pre-programmed path, so that the same route is flown continuously and an image is given of the location in question. But the drone can also be used in case of incidents, either automatically or by request. By doing so you will have ‘eyes in the sky’.

The system can be deployed quickly in case of calamities. In case of an alarm, a drone is on site within 3 minutes on a site of 300ha. The advantages of using a drone are obvious. Because the drone is not tied to a fixed location to work, a drone can be much more flexible than a stationary camera system. As a result, the drone can easily capture more / other images. For example, in case there is a lot of smoke which a camera could limit, a drone can choose a different camera position. Or when a camera does not reach a certain angle, the drone can capture it by flying into the exact position. The drone can either be (automatically) activated 24/7, or respond to an alarm. And the drone has a more deterrent effect to unwanted persons than a regular camera system because it is also clearly audibly present.

The used drone has been specially developed for this surveillance task by Azur and that can be seen from the specifications. To start with, the drone has eight rotor blades instead of just four. This has been chosen for safety, should one of the rotor blades fail for whatever reason then the drone can still fly safely. In addition, the drone is equipped with a parachute so that should a crash occur, the impact is minimal. These two additional safety measures are not found in the other solutions and indicate that nothing is left to chance by Azur.

The development of the other specifications can also be called made for the job. For example, the drone is standard equipped with two different cameras. They offer a wide viewpoint from the air, allowing a general overview of the terrain, without blind spots. The two cameras are one thermal camera that makes it directly possible to distinguish people from their surroundings at night and in case of smoke. The other camera is an HD camera with a powerful zoom of 20x by day and 4x by night. From the 30 meters flying altitude, the cameras are extremely suitable to deliver crystal clear images.

Autonomous operation and if necessary flight-controlled from the control room

The drone can do a pre-programmed surveillance completely autonomously, but it can also be flight-controlled from the control room. In short, we are talking about an 'autonomous' security camera in the air that immediately delivers the right images in any circumstance. Fast, accurate and safe and the images directly in the control room. Today, the logical evolution of the security industry begins with a eyes in the sky.

Click here for a video which explains the Azur - Skeyetech Autonome Surveillance Drone.

The specialists at Bavak know the world of high-security very well and have been realizing successful implementations for years. As a result, there is also a lot of expertise available which we are happy to use to make things easier for our customers.

It really depends on your wishes and your situation in which way the autonomous drone can be deployed. Please contact our specialists to see how we can help you with even better security. 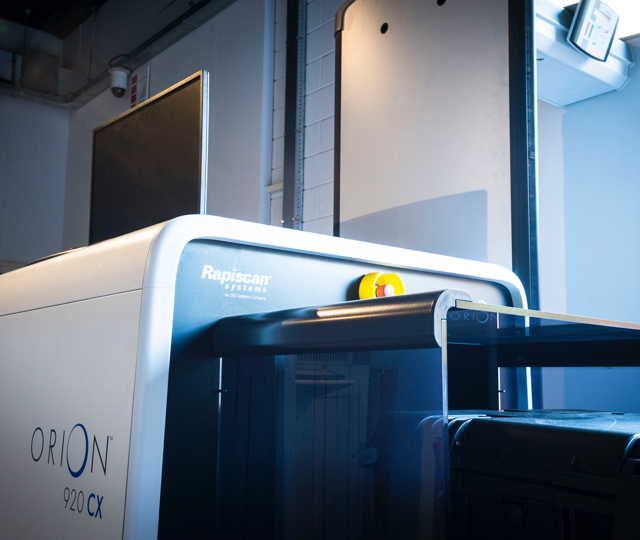